Hold onto your hats people. This one is a doozy.

If you think you’ve seen sheers, think again. We were lucky enough to team up with Inspired Quarters to add sheers to a large two-story void window that needed to obscure a view of the neighbours.

But this wasn’t just an exercise in practicality, this is was also an opportunity to get a little grandiose. Because, who doesn’t deserve a little opulence from time to time?

Now, because this window was five-metres high it came with its share of challenges, namely, how on Earth are we actually going to get up there to install?

Luckily, one of our installers Eugene is a superhero and unaffected by the difficulties of operating a drill on top of scaffolding, so where others may have failed, we were able to push on. 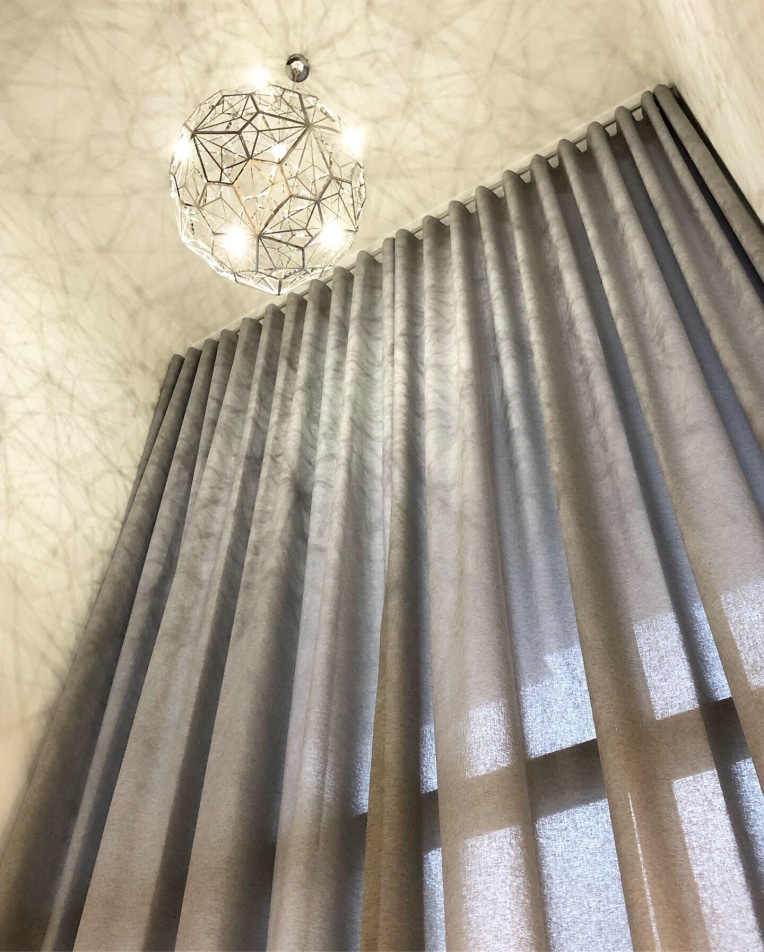 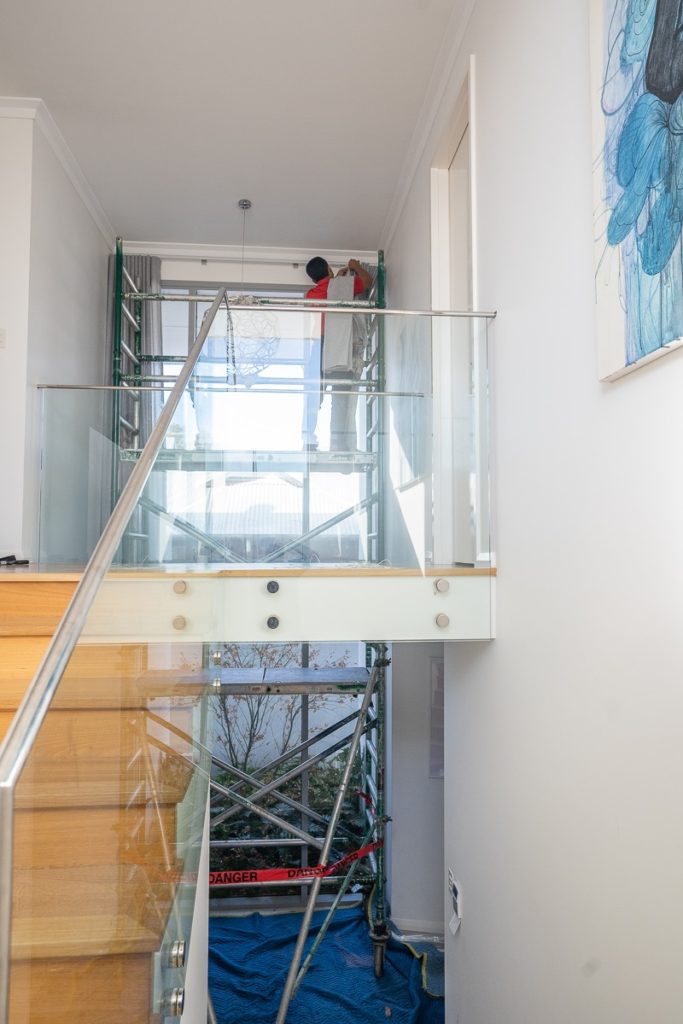 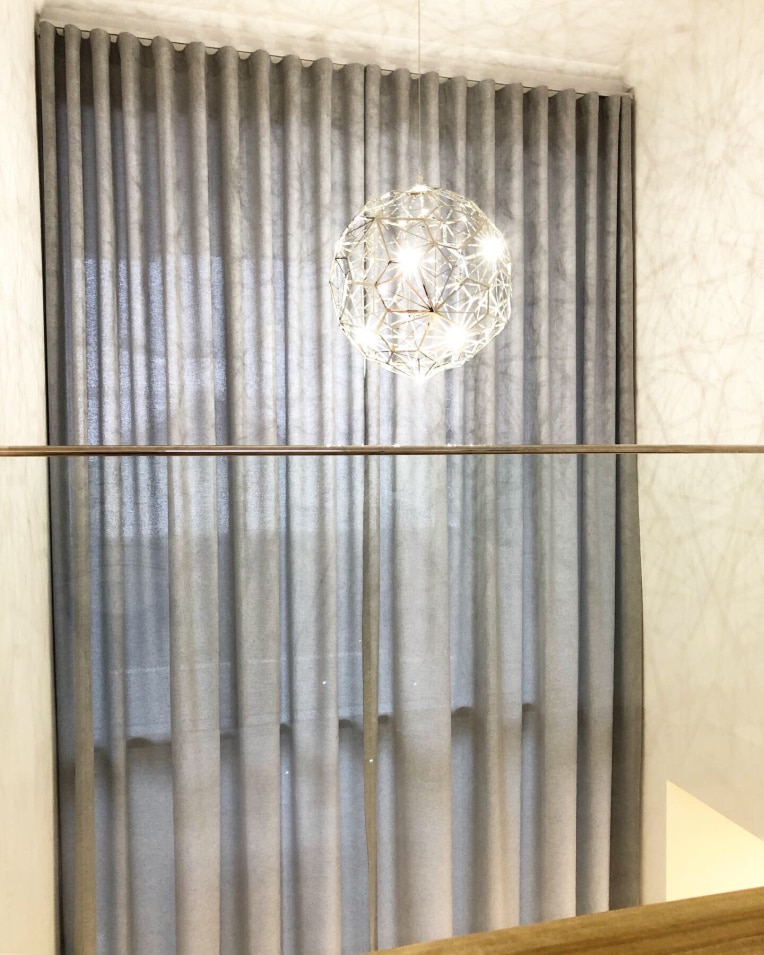 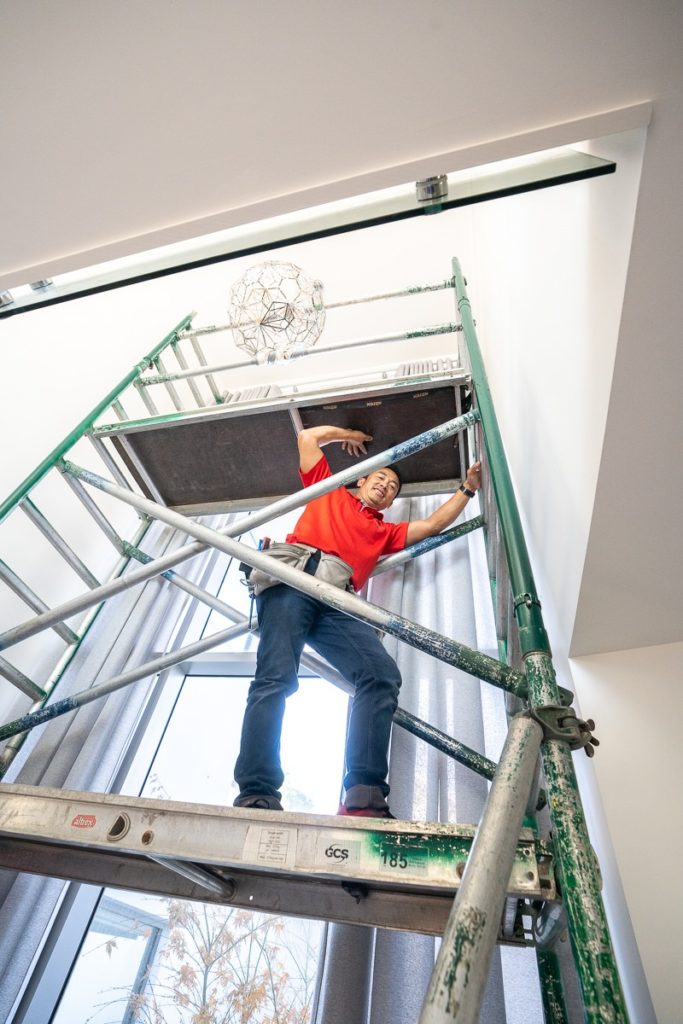 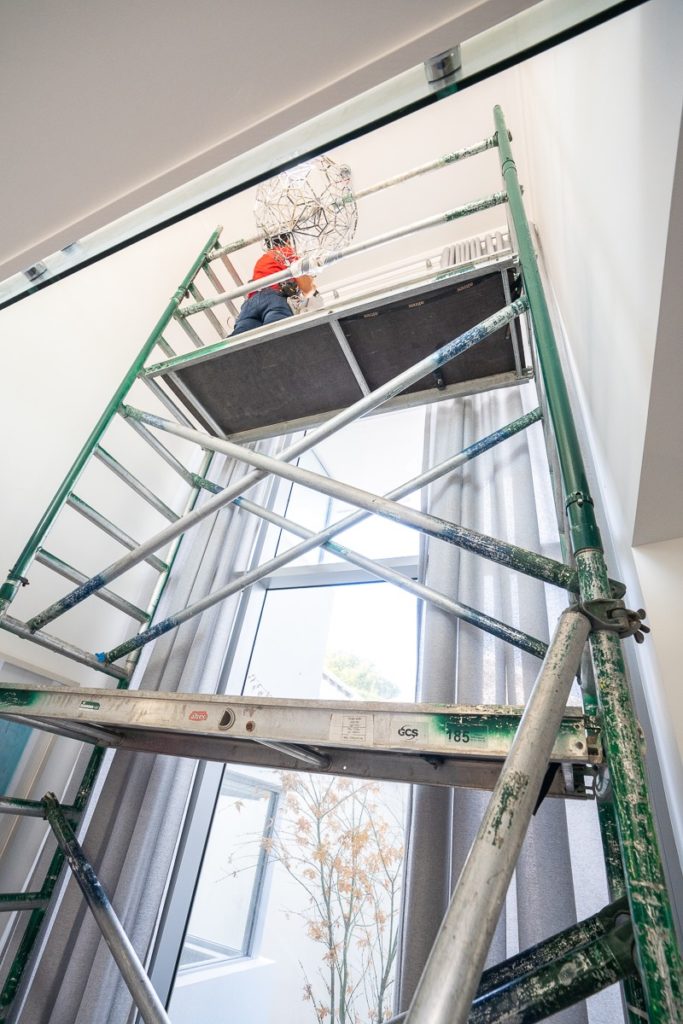 The scaffolding was organised by the customer and ready for installation day, as was the wave pleated Monero sheer in Spectra colour.

And thanks to our amazing consultant Julie, the curtain measurements were spot on!

You only need to look at the photos to see what a difference this installation made the void and what a statement truly made.

But we weren’t done there. There were three more impeccably styled kids bedrooms that also required some sheer rejuvenation.

The kids rooms (who’s wall colours were picked by them) were just requiring a final cherry on top, and that’s where the wave pleated Sensory Sheer in the colour white came in.

They really completed the look and feel of the room, making them some of the most enviable kids room we’ve seen.

Don’t believe us? Check out the photos! 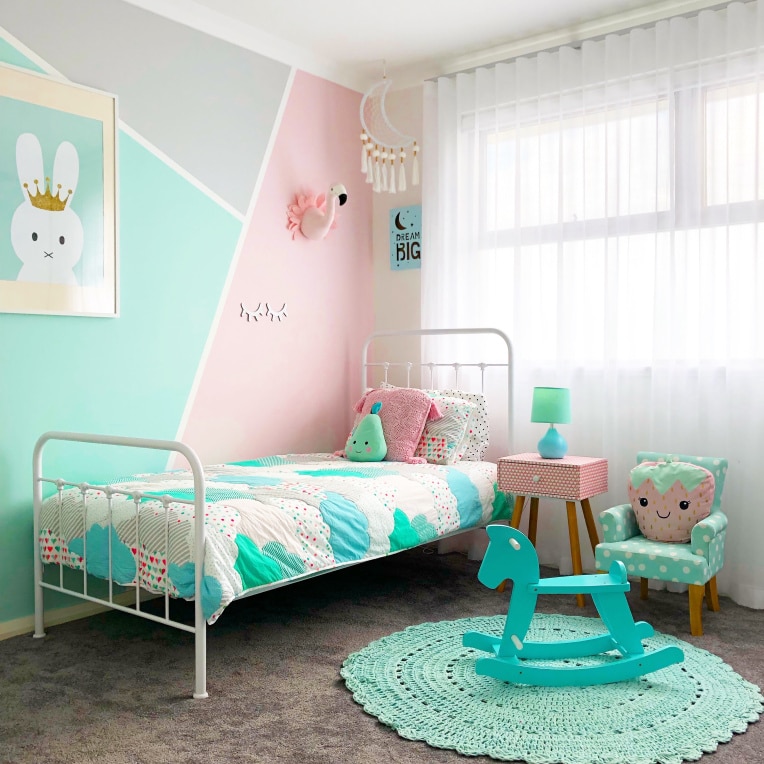 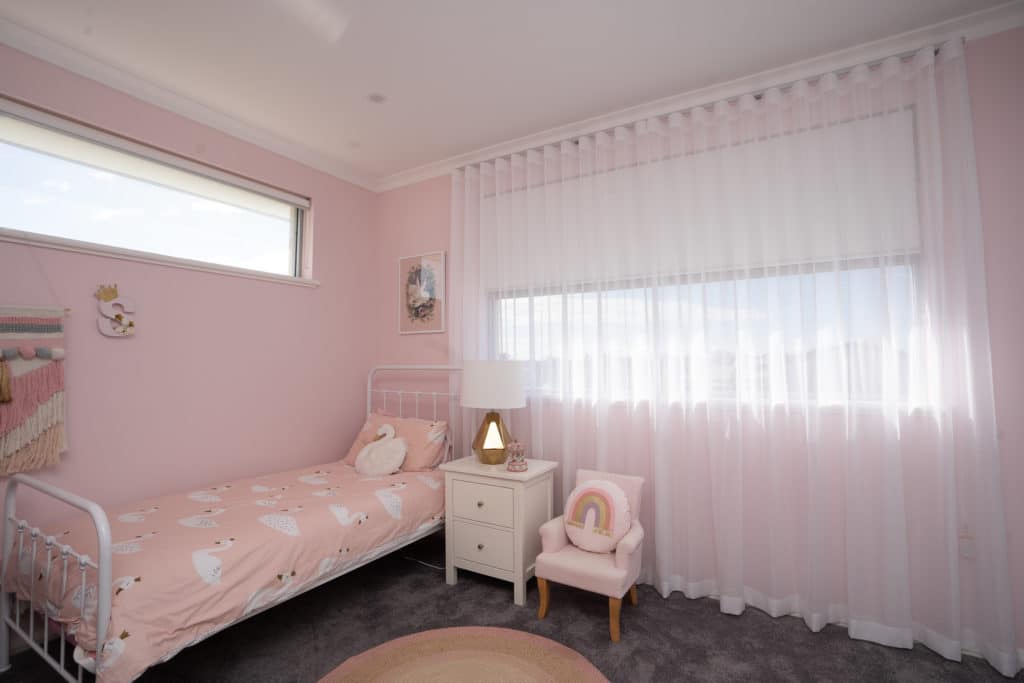 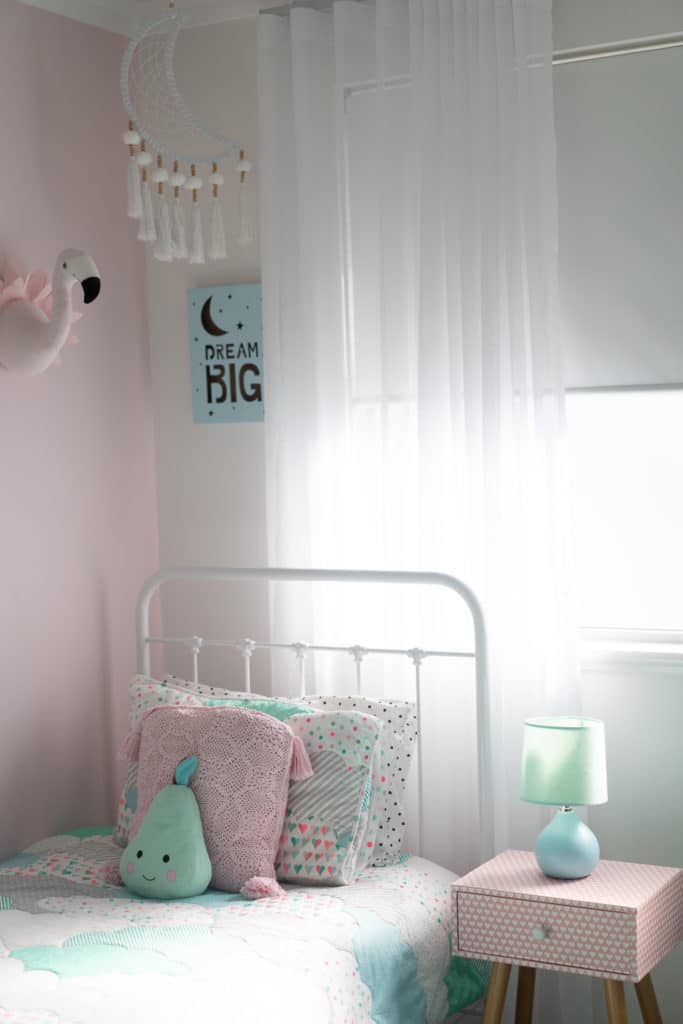 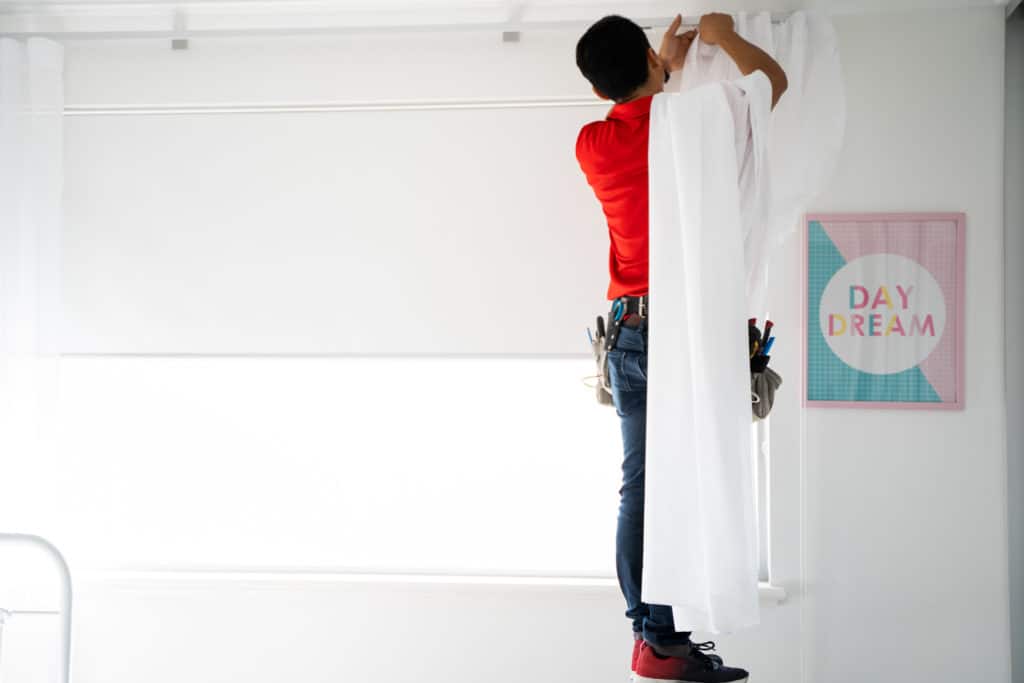 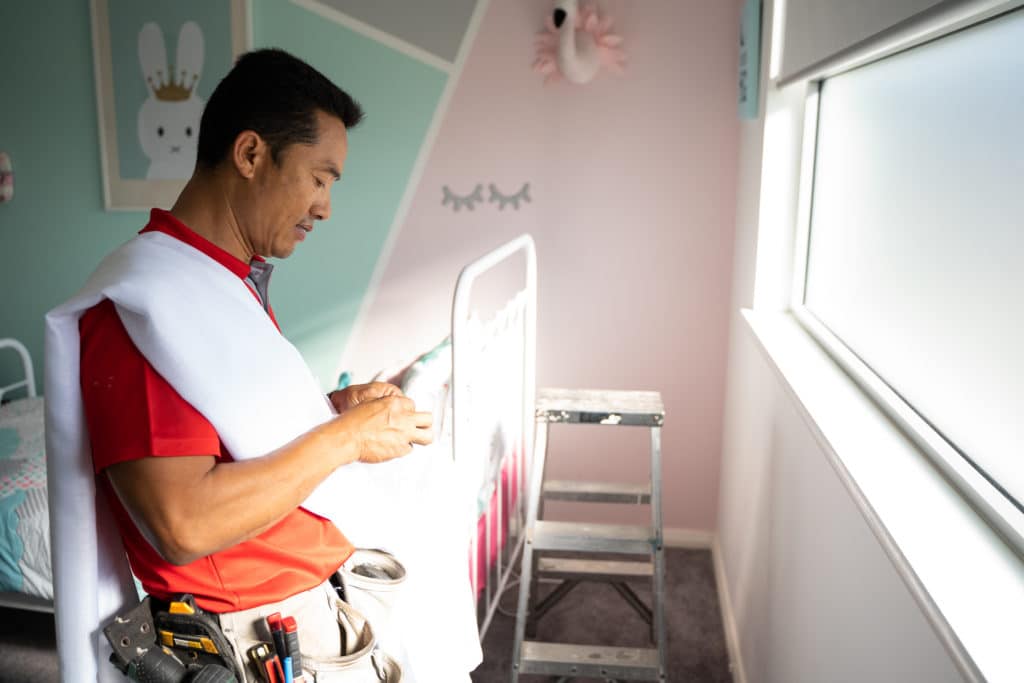 See more of our other great projects

In light of the ongoing developments with the COVID-19 Virus, the CurtainWorld team want to assure our valued customers of the various safety measures being undertaken to make sure you are as safe as possible.

What Can Outdoor Blinds do for You?

Living in such a beautiful climate, many of us are on a perpetual quest to bring the outdoors in. Especially with spring coming on, there’s no reason to shut ourselves away inside but we all do need to spend a certain amount of time at home.

This apartment in South Perth boasts magnificent views of the city once our blockout curtains are pulled back.

It’s the scariest time of the year when five-foot ghosts and goblins roam the streets in search of a sugar fix that will keep them up past their usual bedtime.